Andrew was 2 on April 7!!! I was doing really well with the whole thing until Thursday morning when I got to work. Then I got a little weepy and sad that my BABY was 2. It didn’t last too long, though. Andrew LOVED his birthday! First, he got to open presents, and he totally got that part of it. We gave him one big gift and a couple of small gifts. His favorites were the Radio Flyer Retro Rocket and Woody the Cowboy. He completely ate up all of the attention from Brian and me all day. Jacob, on the other hand, was not a fan of Andrew having so much attention. I could not believe how badly he took it all. We finally sent him to his room to chill out. All in all, we enjoyed the day very much!
So here is an update on my sweet Andrew: 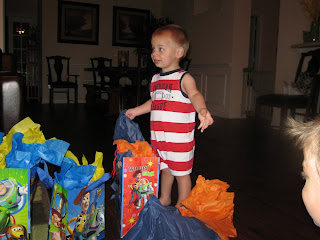 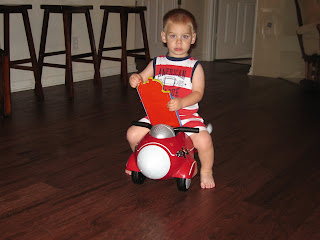 Riding his Rocket Ship! He loves this thing! Does he look like someone else to anyone?! 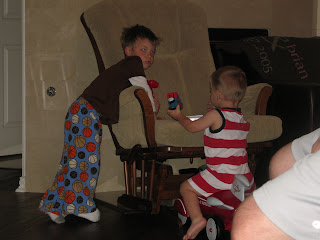 Jacob's face says it all here for how he felt all.day.long. Is it bad that I giggle at it?! 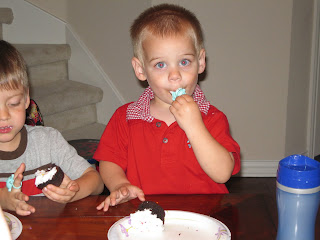 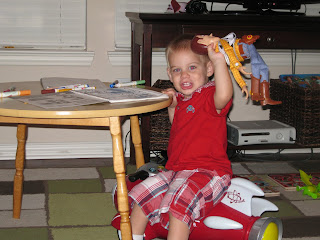 This picture says it all for how much Andrew enjoyed his day! He's on his rocket ship, coloring in his new coloring book (which has markers that will only put color in the coloring book), and holding his new Woody doll!